“Man and the Sea:” An Unforgettable Voyage through northern Germany

If you were walking past The Strandhus, a quaint youth house nestled in the small town of Dangast, Germany, sometime in late July, you would have seen 15 flags from all over the world strung across the front yard waving softly in the summer breeze. You may have also noticed a diverse group of young people laughing and joking outside, a melting pot of languages, cultures, and personalities. Perhaps you might have seen the group getting on their bikes as they prepared for a journey through the countryside, or having just returned from a long day of sailing and exploring historic ships from the German Navy. You might have seen them relaxing on the front porch snacking on noodles from Taiwan, or “Lacha Paratha” from India. You also may have wondered why such a diverse group of young people had gathered under one roof…

The answer comes from the extraordinary support provided by nine Rotary clubs from District 1850, Region 3 “Oldenburger Land.” Specifically, Rotary Club Varel-Friesland hosted 20 students ages 18-22 for a ten-day “Man and the Sea” cultural exchange program. The nationalities of the group spanned across four different continents and 15 different countries, ranging throughout Europe, and even to China, Taiwan, Egypt, India, and the United States.

Over the course of the trip, we explored the various features of the North Sea coast by land, air, and sea. Each activity added another dimension to our understanding of the region and further demonstrated the idea that the sea is a strand that ties together culture, lifestyle, and commerce.

To establish our bearings, we began the program with a 20-kilometer bike ride through the countryside. We saw vast landscapes of crops and sheep adjacent to the water and shifting tides of the North Sea, both remarkable sights that characterize the region. As we trekked on, our group not only enjoyed the scenery, but interacted with it too, as a few daring boys in our group tried to pet the local sheep – and discovered sheep prefer to be left alone.

By sea, we learned about the area’s close ties to the German Navy and diverse marine life with a trip to Spiekeroog Island aboard a fishing vessel, sailed on the “Nordwind” in the North Sea, explored a submarine, destroyer, and mine hunter at the German Marine Museum, toured the old Hansa town of Bremen, and a went on a guided tour of the most modern frigate “Hessen.”

By air, we were able to observe the North Sea’s unique topography from multiple small aircraft. We gained a broader perspective of the region as we flew over the coast and identified landmarks, such as the small islands in the distance or The Strandhus in Dangast.

By land, we gained a better sense of the area not only by biking, but also by submerging ourselves in the culture and lifestyle of Germany. A memorable day was when each student spent a day with a Rotary host family. This was a valuable experience because it offered a look into the German way of life that average tourists do not typically acquire. Each student felt honored to be welcomed into the homes of such kind, generous people.  Another event that offered insight into German lifestyle was when we spent an afternoon at Lothar-Meyer College and each participant was paired with a German student. We interacted with students our age, experienced lectures in a classroom, and discussed the similarities and differences between educational and social norms in our various countries.

A highlight was when we toured the old Hansa town of Bremen. It was a wonderful opportunity to explore a city that epitomizes the theme of the camp itself. We learned Bremen was once a pivotal trading port in the Hanseatic League and brought innovation and significant development to the North Sea coast. We learned about the charming fable of the Musicians of Bremen and even recreated the iconic statue of the animals standing on each other’s backs. As we took some silly photos, we realized the moral of this classic fable applies to our group. In the story, the donkey, rooster, dog, and cat, all very different animals with unique talents and backgrounds, depend on each other to scare away thieves. Just like our multicultural group, this story reminds us to look past differences and embrace solidarity and kindness to achieve success.

After our busy days full of activities, we returned to The Strandhus. This solace served as a beacon for friendship, laughter, and understanding. We enjoyed warm relaxing evenings, a delicious beach barbeque and frequent visits to our private shore, breathtaking sunsets that illuminated the sky, nighttime dance parties, and Nutella crepes that made a perfect midnight snack. Most importantly, we will cherish the remarkable way our group bonded so quickly. We were eager to learn more about each other, and to understand what it’s like to be a young adult in another country. Despite living thousands of kilometers from one another, our lives, hopes, and struggles are remarkably similar. We found that despite our differences, together we have more in common than not. We are connected in the sense that we are at the same points in our lives, some finishing school, others beginning university, but all woven together through these shared elements. These strings tied us together, made us stronger, and showed us how powerful a group of young people can be. It was comforting that even a person living in a different country, separated by a vast ocean, could also feel apprehensive about starting university, or unsure about the future, or had a similar perspective on friends and lifestyle. The fact that each of us was willing to open ourselves up, step beyond our comfort zones, and learn more about each other, was incredible. We eagerly embraced one another’s differences, and appreciated that each individual has a diverse background, personality, and unique story to tell.

Although we visited a single country, Germany, we learned about life in many more countries. It was as though we were all ambassadors, sharing a piece of our home, our community, and our culture to form one unified group. This program allowed us to realize that expanding beyond our day-to-day routine opens the door to learning more about others, and ourselves. The world now seems smaller as we have new friendships that transcend beyond borders.

We laughed together, shared meals together, stayed up late laughing together, and when we had to separate after spending every moment with each other, we cried together. We are grateful to have participated in this wonderful experience, and now that we have all returned home, we stay connected through social media. Together we have created a family, a support group of 20 people across the world, with everyone eager to receive updates about each other’s accomplishments and activities. This wouldn’t have been possible without the dedicated Rotarians who donated their much appreciated time, energy, and support to build goodwill, friendships, and understanding. It was amazing to see how Rotary’s international network of people can share and fulfill a common mission.

We hope that more young people have the opportunity to partake in such fulfilling programs like “Man and the Sea” and that Rotary clubs all over the world can continue to provide such educational and culturally enriching programs. It was a pleasure to get to know the key organizers, Hartmut Spieker and Rudolf Lange, two extraordinary and passionate Rotarians that sincerely care about youth and building understanding among people across the world, as well as the many other generous and supportive Rotarians. Thank you! 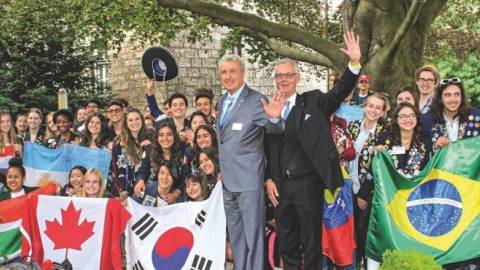 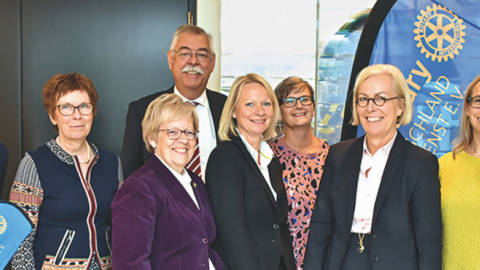 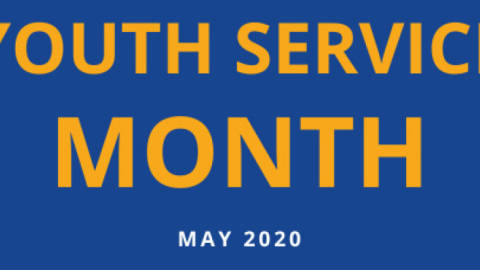 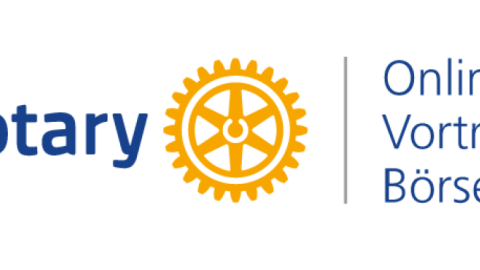 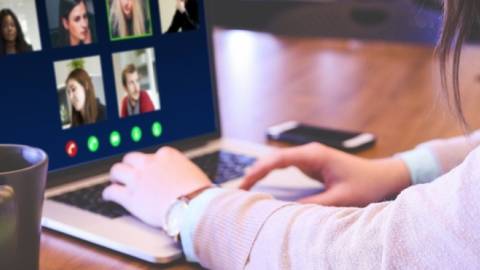 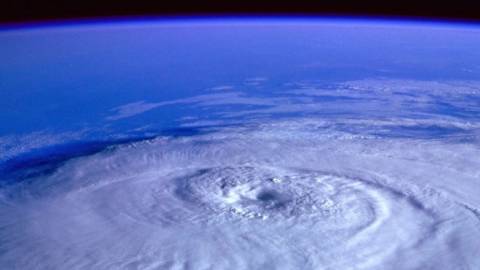